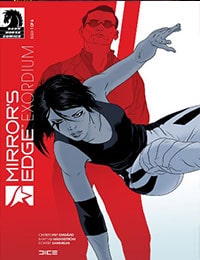 **Prequel to the upcoming video game** Leading up to the events of the highly anticipated new _Mirror's Edge_ game comes an exhilarating comic prequel that delves into the story of Faith, one of the most celebrated heroines in video games! Dare to enter the fast-paced, high-stakes world of life on the mirror's edge! * The new _Mirror's Edge_ was nominated for the Most Wanted Golden Joystick Award! * Scripted by the writer of the new _Mirror's Edge_ video game! * Features a unique, futuristic universe that has captivated a whole generation of gamers!