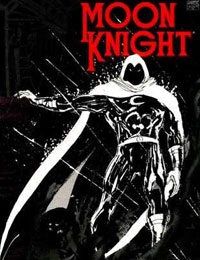 "The trick is to kill one's victim more than once. Many times. To make a man die over and over again in his own mind. That's how I want to see Moon Knight... standing there helpless and foolish and humiliated as his closest friends are gunned down before him."   Bushman's vow to destroy Moon Knight could echo around the globe. He's mesmerized the people Moon Knight cares about most, turning them into zombie-like assassins. Their target: the leaders of the world's super powers. Set in a time when global destruction was never more imminent, Bushman's scheme could push the planet to the nuclear brink. The lives of Moon Knight, his friends, and nine billion people hang in the balance.