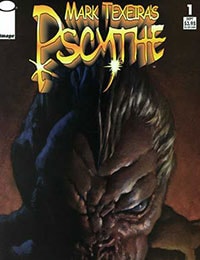 Following the end of Lucifer's war, his legions of angels were banished to Hell to suffer an eternity for their actions. For one of the fallen, the suffering is about to end. Pscythe, once one of the most powerful angelic entities, has been granted a chance for redemption. To succeed, it must inhabit the subconsciousness of a human vessel in order to understand and appreciate the lessons on Earth that it did not learn in Heaven or Hell. Without her knowledge, Angela, a novice bounty hunter, is chosen to be that vessel, placing her in the middle of a spiritual struggle for Pscythe's allegiance.