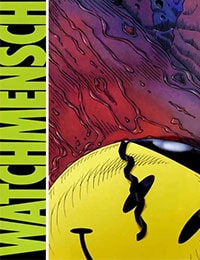 After one of them is murdered, a team of lawyers who have had dealings with the comics industry must band together again against a conspiracy. But who is trying to kill Nite Nurse, Spottyman, Silk, 1700 Broadway Manhattan and Ozzyosbourne? And what is the cloned creature about to be dropped on New York City? From the writer of Civil Wardobe and Lying in the Gutters comes this nine-panel-grid parody of comics, the comics industry, the movies they spawn, and the creators that get trampled on. Oy vey.