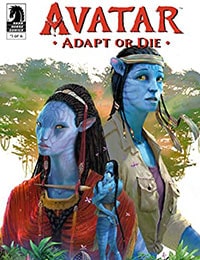 From the world of James Cameron's Avatar! Decades into the advent of the Avatar program on Pandora, pressure to bridge the divide between human and Na'vi has hit a peak. As an ally of the Omatikaya clan, Dr. Grace Augustine begins negotiations to open a school for Na'vi children, but her plans for peace, hope, and unity could trigger an unprecedented disaster--one afflicting the most vulnerable and protected of Na'vi. • Untold story starring popular Avatar heroine Grace Augustine!