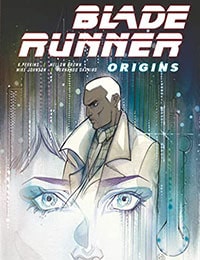 Los Angeles: 2009
Uncover the story behind the first Blade Runners!
A Tyrell Corporation scientist is dead – the victim of an apparent suicide.
But when LAPD Detective Cal Moreau is called to investigate, he uncovers secret documents revealing a new kind of Replicant and a conspiracy that could change the world.
Features an all-star creative teams with K. Perkins (Supergirl), Mellow Brown (American Gods) and with co-writer Mike Johnson (Blade Runner 2019).