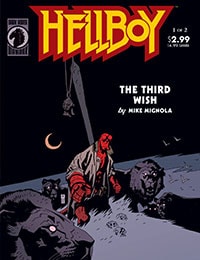 Hellboy is one of the most celebrated comics series in recent years. The ultimate artists' artist and a great storyteller whose work is in turns haunting, hilarious, and spellbinding. Mike Mignola has won numerous awards in the comics industry and beyond. When strangeness threatens to engulf the world, a strange man will come to save it. Sent to investigate a mystery with supernatural overtones, Hellboy discovers the secrets of his own origins, and his link to the Nazi occultists who promised Hitler a final solution in the form of a demonic avatar.