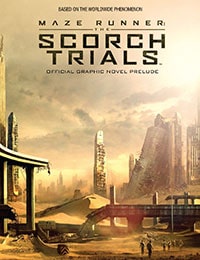 What's to Love: With over 6.5 million copies of the Maze Runner series of books sold and a franchise-launching film that earned over $340 million worldwide, it's plain to see fans are in love with this sci-fi series about a group of young adults who are subjected to sinister experiments in the wake of a global catastrophe that kills most of the Earth's population. Readers got their first taste of Maze Runner comics at last year's San Diego Comic-Con panel and then in the film's Blu-ray release, and we've added three more stories that serve as an introduction to new characters from the upcoming second film, Maze Runner: The Scorch Trials. What It Is: As anticipation for 20th Century Fox's Maze Runner: The Scorch Trials ramps up (out in September), gain more insight into the Maze Runner cinematic universe with this anthology collection of five short stories that go deeper into the lives of several key characters that feature prominently in the upcoming film, including Aris, Ava Paige, and Mary Cooper.