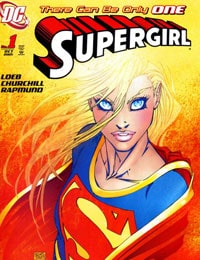 Supergirl is a legacy name used by female super-heroes involved with Superman and the Superman Family. The primary version is Kara Zor-El, Supermans cousin from the planet Krypton. She has been a member of the Justice League and the Legion of Super-Heroes. The name has also been used by Matrix, a shape-shifting creature from a Pocket Universe who would later fuse with a woman named Linda Danvers developing angelic powers.