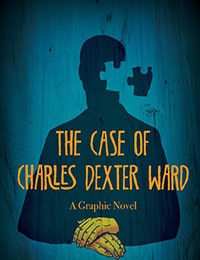 “H.P. Lovecraft’s psychological thriller of alchemy and resurrection”
When the young Charles Dexter Ward becomes fascinated by the history of his wizard ancestor Joseph Curwen, who gained notoriety for haunting graveyards, he attempts to duplicate Curwen's cabbalistic and alchemical feats.
Providence, Rhode Island, 1928. A dangerous inmate disappears from a private hospital for the insane, his method of escape baffling the authorities. Only the patient’s final visitor, family physician Dr. Marinus Bicknell Willett holds the key to unlocking the case of Charles Dexter Ward. It is he who bears witness to the full horror of Ward's results as Lovecraft's psychological mystery unfolds before him.