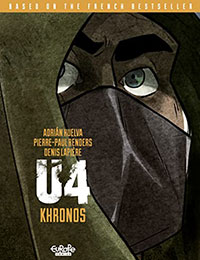 Yannis, Koridwen, Jules, and Stéphane are Warriors of Time masters, four teenagers who have taken their destiny into their own hands. Their paths cross in Paris, where they are supposed to meet Khronos... But each is pursuing a different goal. Who can they trust in a world that's falling apart? How will they avoid the army and make it to the December 24 meeting? And above all, who is Khronos? What is his plan?"Khronos" concludes this series. Make sure you read the other volumes first. The first four are parallel stories, so it doesn't matter which one you start with.