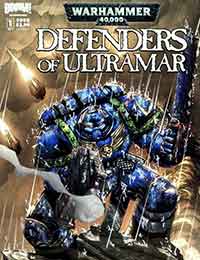 Discover one of the fiercest fighting Chapters in the Universe: The Ultramarines 4th Company! Sergeant Learchus must take twenty-five newly recruited Battle Brothers on their first engagement, as they embark on an investigation of the lost patrol ship Guilliman's Honour. What was a routine mission becomes much more when 4th Company encounters one of the Imperium's deadliest enemies!Writer Graham McNeill (The Ultramarines Omnibus) and artist Kevin Hopgood (co-creator of Marvel Comic's U.S. War Machine) embark on a new chapter in the Empire's Imperium's fight for supremacy!