What If? Wolverine: Father Comic 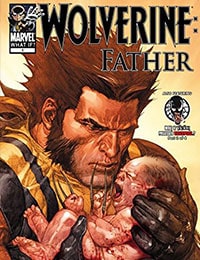 If there's one person who shouldn't raise a child, it's a berserker killing machine. In the regular Marvel Universe, Logan wasn't there for Daken, and his son grew up to become the murderous Dark Wolverine. But what would have happened if Logan had known of Daken's existence as a child, and had taken him under his wing from his first moments? Can a child with Logan's blood running through his veins ever turn his back on murder? Can Logan find redemption and be a good father? Raising Daken will be Wolverine's greatest battle yet! Plus, What If: The Venom Symbiote Possessed Deadpool – Part 2!