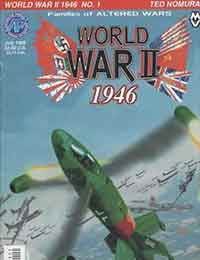 In this alternate history of World War II, the ripples of change begin decades earlier, with German air ace Hermann Goring killed in 1917, and U.S. Army Captain Harry Truman in 1918. Secret German finds in Mongolia and Antarctica in 1937 and '38 allow Hitler to expand his plans for Earth. In 1940: a cease-fire with England. In 1941: Moscow falls. All the while, the Holocaust kills millions. But the worst turn for the allies comes in May of 1944, when a dress-rehearsal for D-Day ? Operation Tiger ? ends in disaster, and Hitler discovers through captured papers that the Allied plan for invasion is indeed Normandy! With D-Day prolonged into a war of attrition, the war extends to 1946. Now follow this altered conflict through the eyes of our enemies.