X-Men Epic Collection: It's Always Darkest Before the Dawn Comic 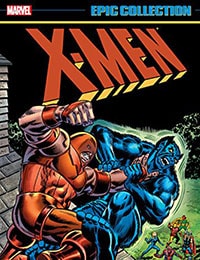